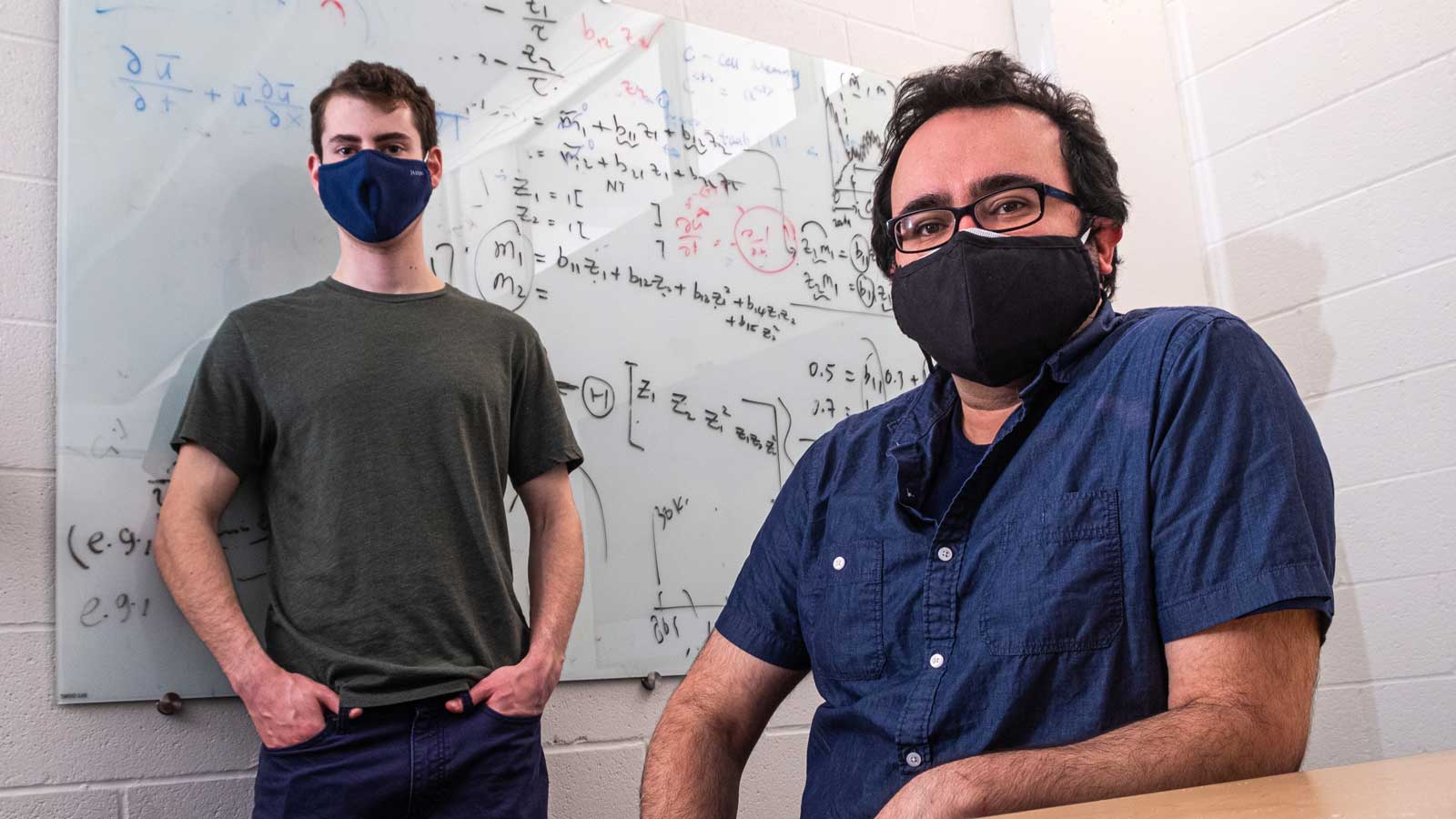 Editor's note: Since the publication of this article, Adam Subel has been awarded an NSF Graduate Research Fellowship. The five-year fellowship includes three years of financial support with an annual stipend of $34,000 and a cost of education allowance of $12,000 to the institution.

For a guy first attracted to engineering because he liked to build things – physical things -- Adam Subel has discovered a late-blooming interest in machine learning and climate dynamics, among other disciplines.

“I had to learn to appreciate the abstract nature of math. I figured I could build things and play around with the math afterwards. It doesn’t work that way. Math is at the heart of everything we do,” said Subel, a senior at Rice soon to graduate with a B.S. in mechanical engineering (MECH) and a B.A. in computational and applied mathematics (CAAM).

Studying the complementary disciplines has paid off. Subel recently published a first-authored paper in Physics of Fluids, a major journal in fluid mechanics.
“Adam has some of the qualities that are the most important and hardest to teach for success in research. He is good at identifying what is interesting to work on. That is, he is a mature researcher. He is hardworking and able to work independently, but also works well with a team,” said Pedram Hassanzadeh, assistant professor of MECH and of Earth, environmental and planetary sciences.

Two years ago, Subel joined Hassanzadeh’s Environmental Fluid Dynamics Group,  focusing on applications of deep learning to complex, chaotic and turbulent flows. The work has applications in understanding extreme weather events, reduced-order modeling, atmospheric turbulence and climate modeling. At present, he is the only undergraduate research assistant in Hassanzadeh’s lab.

Subel was born and raised in Dallas. His father works as the controller at National Food and Beverage and his mother teaches Jewish Studies at Ann and Nate Levine Academy. “I was the kind of kid who built all the Star Wars Lego sets,” he said. For high school, Subel attended St. Mark’s School of Texas in Dallas, where he ran track and field, and joined the robotics club.

‘That’s how I got interested in mechanical engineering. I liked the industrial arts classes because I liked building things. I thought the math was too ephemeral and abstract,” Subel said.

When shopping for a university, Subel’s goal was getting out of Texas. Rice surprised him: “I fell in love with it. I liked the residential system. I fit in well. I found people I was able to nerd out with.”

By the end of his sophomore year, Subel added CAAM to MECH as his major. “The fields work together well. In Prof. Hassanzadeh’s group we do a lot of work modeling climate dynamics, which involves enormous, multi-scale systems,” he said.

“I often include Adam in meetings between grad students and postdocs in my group, and faculty or postdocs from other schools visiting our department,” Hassanzadeh said.

“I’ve heard from some of them that they were impressed and surprised when they learned that Adam is an undergrad student. He’s that mature.”