The University of Texas Rio Grande Valley professor earned her M.S. and Ph.D. from Rice in 1998 and 2000. 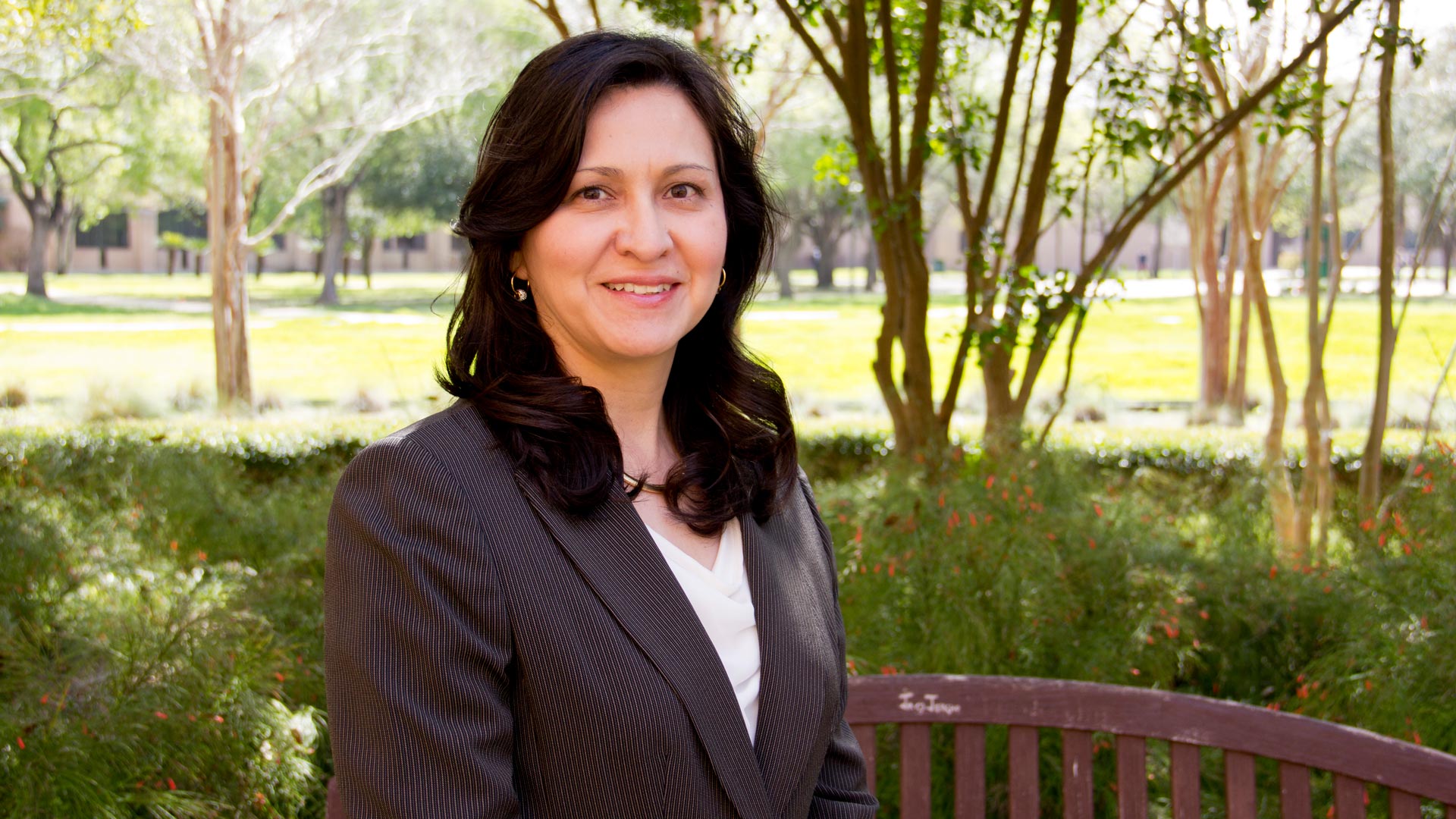 A Rice graduate in computational and applied mathematics (CAAM), Maria “Cristina” Villalobos, has received the Presidential Award for Excellence in Science, Mathematics and Engineering Mentoring from the White House Office of Science and Technology Policy.

The honor, known as PAESMEM, is given in partnership with the National Science Foundation, and was awarded this year to 12 academics and three organizations. It recognizes “outstanding efforts of mentors in encouraging the next generation of innovators and developing a science and engineering workforce that reflects the diverse talent of America.”

Villalobos is the Myles and Sylvia Aaronson Endowed Professor in the School of Mathematical and Statistical Sciences at the University of Texas Rio Grande Valley (UTRGV) in Edinburg. She earned her M.S. and Ph.D. in CAAM from Rice in 1998 and 2000, respectively, after receiving her B.S. in mathematics from the University of Texas at Austin in 1994.

“I recruited Cristina to Rice for graduate school. I was her mentor and we continue to speak quite often. I was the co-adviser on her thesis. She was an excellent student and has become both a university and national leader. She has done so much, and I am so proud of her,” said Richard Tapia, University Professor, Maxfield-Oshman Chair in Engineering, professor of CAAM and director of the Tapia Center for Excellence and Equity.

A Tejana born in McAllen and raised in Donna, Villalobos has lived most of her life in the Rio Grande Valley and is a first-generation college graduate. She joined the mathematics faculty at the University of Texas-Pan American in 2001. When it merged with the University of Texas at Brownsville in 2015, the school was renamed UTRGV.

Villalobos first visited Rice in 1993, at Tapia’s invitation. She enrolled in his Spend a Summer with a Scientist program, where she also met Anne Papakonstantinou, founding director of the Rice University School Mathematics Project. Villalobos credits Tapia and Papakonstantinou with bringing her to Rice for graduate school and fostering her career in math.

Villalobos is also founding director of the Center of Excellence in STEM Education at UTRGV.

“Our goal is to increase the numbers of underrepresented students attaining STEM degrees. We have an impact on more than 4,000 K-12 students each year through hands-on activities and also assist in the preparation of undergraduates for graduate degree programs,” Villalobos said, who since 2019 has served as associate dean for strategic initiatives and institutional effectiveness in UTRGV’s College of Sciences.

She is a Ford Foundation Predoctoral Fellow and Alfred P. Sloan Scholar. Her honors include the 2019 Richard A. Tapia Achievement Award for Scientific Scholarship, Civic Science, and Diversifying Computing, and a 2013 University of Texas Regents’ Outstanding Teaching Award.

Villalobos  has served on the Society for Advancement of Chicanos/Hispanics and Native Americans in Science Board of Directors. She was a member of the National Academies committee which published the 2019 report “Minority Serving Institutions: America’s Underutilized Resource for Strengthening the STEM Workforce.”

Villalobos received her award, including a certificate and a $10,000 prize, during a virtual ceremony on Aug. 3. Tapia won the inaugural PAESMEM in 1996. Enrique Barrera, professor of materials science and nanoengineering, and of chemistry, won the award in 2002.