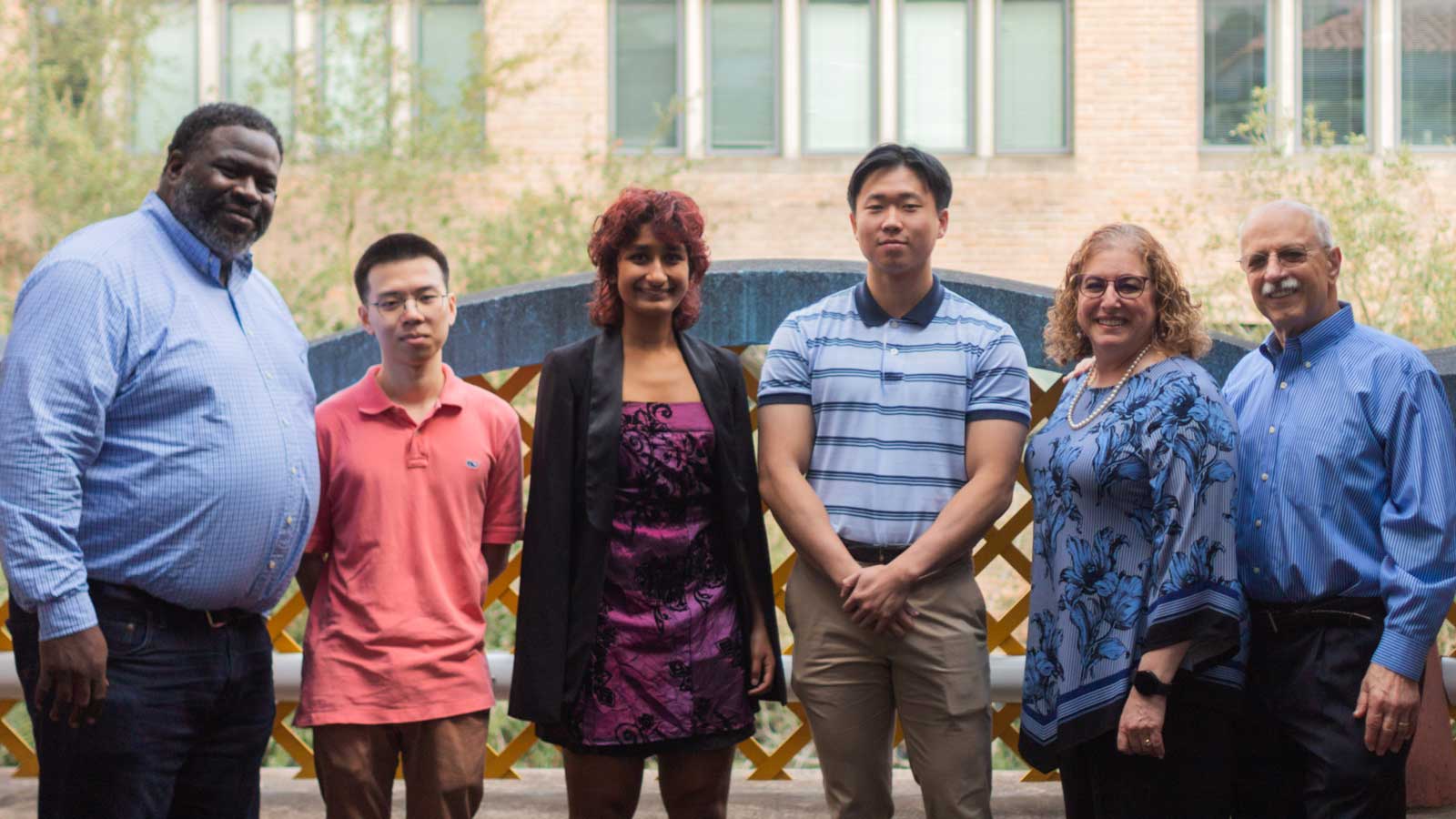 The Department of Computational Applied Mathematics and Operations Research (CMOR) at Rice University has honored the achievements of three seniors.

The prizes were presented during the annual CAAM/CMOR luncheon and awards ceremony on Dec. 7.

The Franco Award carries a prize of $1,000 and is named for Michael Ross Franco, who graduated from Rice with a B.A. in CAAM and mathematics in 2014. In his senior year, Franco was diagnosed with acute lymphoblastic leukemia. He underwent chemotherapy for eight months, completed his course work and graduated on time. The award was established by the Franco family to annually recognize exemplary senior undergraduate majors in CAAM/CMOR.

After graduation and for the remainder of his cancer treatment, Franco worked at BP’s Center for High-Performance Computing, focused on improving parallel methods for acoustic-wave propagation. He earned a Ph.D. in applied mathematics from the University of California, Berkeley, and works for Cadence Design Systems in Austin.